BABY YOU CAN DRIVE MY CAR!

Win an exclusive private concert with the English Cover Band 'The B-Side Beatles'! We will bring you the band directly from London to your living room, your private party, or your company event. You get to decide when and where! 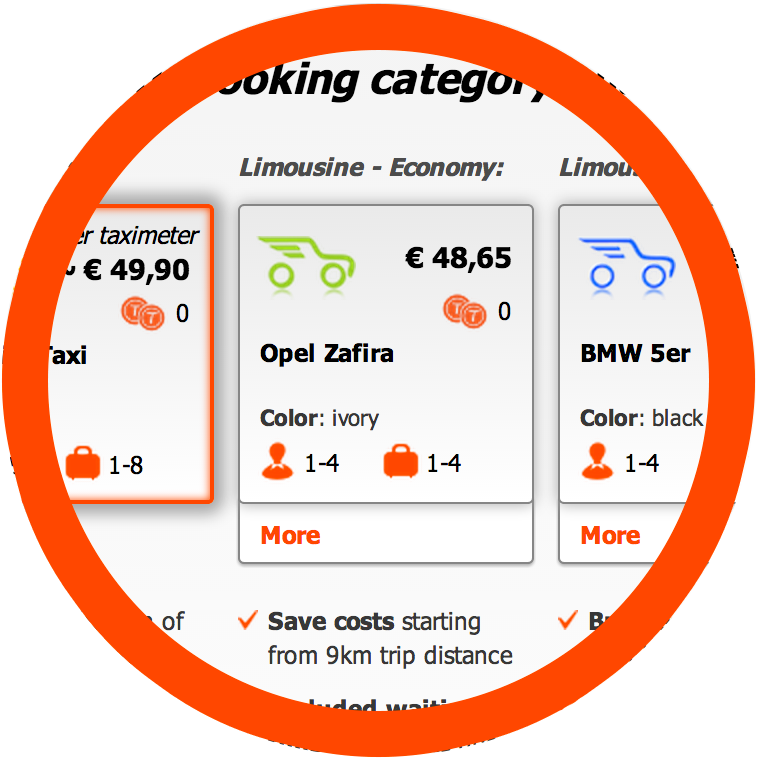 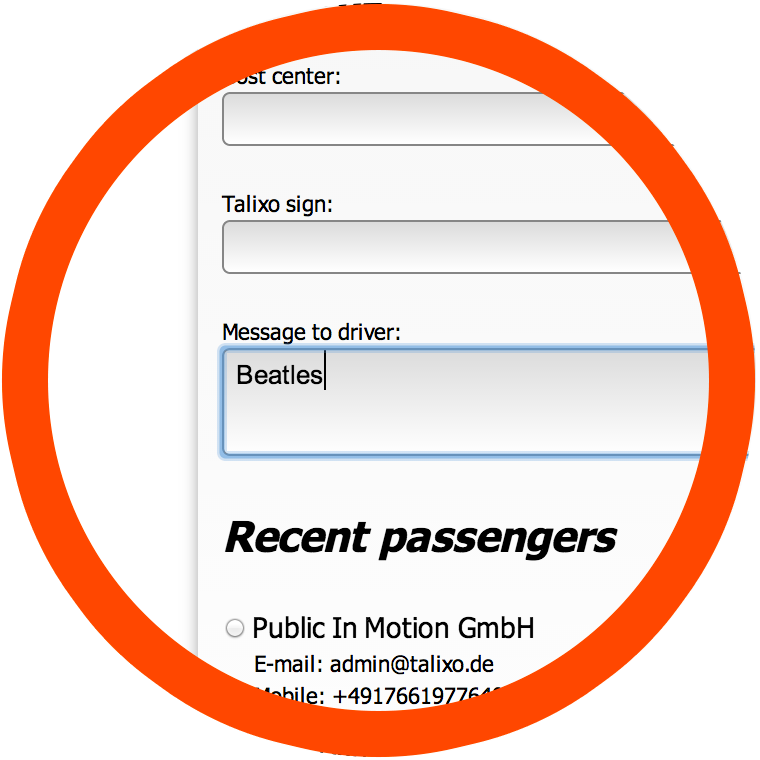 The guys are already in a cab!

Let your friends and colleagues know - each prebooking is a chance to win!

The prize draw takes place between January 15, 2014 00:00 CET and February 28, 2014, 23:59 CET. Every customer who books a ride 'for later' with Talixo on www.talixo.de and enters "Beatles" in 'Message for the driver/extras' has the chance to win a voucher for the Beatles Coverband the "B-Side-Beatles", paid for by Talixo (Public in Motion GmbH), henceforth called Talixo. The voucher entitles the winner of the prize draw to a free living room concert by the band.

Entry to the prize draw is carried out by prebooking a ride with Talixo on talixo.de and entering "Beatles" in the field 'Message for the driver/extras'. Participants can win a voucher for the Beatles Coverband, the "B-Side-Beatles". Canceling the booking afterwards is possible according to the normal cancellation policies applicable to the booking category, will, however, lead to a disqualification from the prize draw. Each prebooking is a separate entry. Multiple entries per participant are allowed.

Purchase of products or services does not influence the outcome of the prize draw. The alternative method of entering the prize draw is sending in a postcard with the word "Beatles" to Talixo (Public In Motion GmbH), Torstrasse 124, 10119 Berlin. After the deadline, the winner is determined by a random drawing of an participant name.

By participating, the participant agrees that personal information can be shared with third parties (the B-side Beatles e.g.) for the purposes of carrying out the prize draw. Employees of the Promoter and their relatives are excluded from participation. Minimum age of participants is 18 years. Talixo reserves the right to request proof of age (ID card, driving license).

Each participant, through participation, agrees to these Terms and Conditions.

Talixo reserves the right to disqualify people from the prize draw in case of non-compliance or infringement of the contest rules. In case of such an event, the prize can be withheld from the winner. Participation on behalf of third parties is prohibited, a participant may only enter the prize draw themselves. A violation leads to the disqualification. Participants who use unauthorized aids or gain advantages through manipulation of any sort (e.g. submissions / entries via entry services) will be disqualified.

The winner will be notified in writing after the closing date. A cash alternative is not possible. The prize is not transferrable to third parties. Any complaints must be made in writing to Talixo (Public in Motion GmbH, Torstraße 124, 10119 Berlin) within 14 days of the closing date, referencing the prize draw name as well as the reason of complaint. Complaints made by telephone or delayed complaints cannot be processed. If the notified winner does not respond within 14 days of notification, their claim to the prize expires.

In agreement with the band "The B-side Beatles", the prize is a living room concert (acoustic instruments, 2 hour set), to take place in Berlin, Germany. The venue and audience number should be provided with that in mind. (A small office with a small number of staff is equivalent and permissible, e.g.) If the winner wishes to increase the venue or audience size, this must be agreed in advance with the band. The band reserves the right to refuse such an increase. Talixo will deliver the voucher and facilitate the initial contact between the prize winner and the band. All other organizational steps are left to the winner. The band must always be sufficiently informed. Talixo reserves the right to accompany the band on the day of the performance and take photos for coverage, as well as promotional purposes, of both the band and the winner.

Should there be any irregularities in procedure, the band reserves the right to cancel the concert. Talixo assumes no liability for property damage and missing properties.

Talixo has the right to cancel or terminate the prize draw at any time without notice, for example, if for technical reasons (e.g. viruses in the computer system, manipulation or errors in the hardware and / or software) or for legal reasons a proper implementation of the prize draw cannot be guaranteed.

Talixo is not liable for any damage caused by any error, delay or interruption in the transmission, or problems with technical equipment and services, incorrect content, loss or deletion of data, viruses, or arising out of participation in any lottery in any other way, unless such damage was intentionally, or through gross negligence, caused by Talixo (their bodies, employees or agents).

If any provision of the Conditions are or become invalid, the validity of the remaining Terms and Conditions shall remain unaffected. These terms and conditions may be amended by Talixo at any point in time without separate notification.

The prize draw will be governed by German law and participants to the Prize Draw submit to the exclusive jurisdiction of the German courts. The place of jurisdiction is Berlin, Germany.